We are back! After more than a year on the road, 15 countries, 100+ fantastic producers met, the time has come to park the van and put our backpacks in the closet.

We want to thank you all for following our adventures, for all your kind messages along the way and for those who opened the doors to their home, wherever it was. After such a long time on the road, we still have plenty of content to publish & videos to edit. Back in reality, we are now looking for a job that allows us to make a good use of everything we've learnt.

The Iberico Ham Quest, Part 2- Enter the Dehesa with Revisan...

A Full Guide to Sherry Wines!

Adega de Penalva: a top quality co-operative in the Dao!

Pasteis de Belem, one of the reasons why you should visit Lisbon!

As we were staying around Toledo, we got to meet the people behind the fantastic Bodegas Mas Que Vinos, multi-award winning winery based in Castilla la Mancha. If many people in the wine World start looking away when they hear about this "table wine" part of Spain, by the way largest vineyard in the World, they should definitely give a chance to the MQV wines! Regarding Castilla la Mancha, grapes and terroirs don't make bad wines, bad people make bad wine! In this case, lovel

A Full Guide to Sherry Wines!

When we drove down to the South of the South, Andalucia, we stopped in the town of Jerez de la Frontera, whose former name in Moorish times was “Sherish”. It is under an anglicisation of this name that the wines of Sherry became famous. A little bit like Port wines in Portugal, Sherry wines were first intended for shipping to England. With a long sea voyage ahead of them, they had to be made “stronger” or, in other words, to be “fortified”, which gave birth to a peculiar wine

Adega de Penalva: a top quality co-operative in the Dao!

​ In the center of Portugal, slightly more in the North, the small wine region of Dao can be found. With incredibly intense wines, they offer great value and quality. As we were driving through the region, we decided to check out the biggest producer there: the local co-operative in Penalva do Castelo. Co-ops aren't usually the first places you might think of when you are looking for quality. But you'd be a fool not to try what these guys produce! We found great passion a

During our travels in Portugal, while visiting an olive oil mill, we came across the president of the winemakers’ association in the area. As we were having a chat with him, around a delicious braised piglet, he mentioned this guy up in Chaves that we absolutely had to visit. He needn’t say anymore, we came back to the van and headed straight up North to meet Amilcar Salgado, the man behind Quinta de Arcosso. Amilcar has a fantastic understanding of the land of Tras-os-Montes

God, we loved our stay in the Arribes del Duero! As we were driving towards the village of Fornillos de Fermoselle, to meet with a cheese maker, we ended up going from one farm to another! Everywhere we stopped, we were given a good reason to go see the neighbour too. Eventually, this led us to meet Jose Manuel Beneitez, the man behind El Hato y el Garabato. The wines he produces combine fantastic cool & clever labels with a divine juice too! We drank from all the casks and v

Colares: a Unique Wine in Portugal!

You might have never heard of Colares wines, and there's nothing wrong about that! These uber-exclusive wines are produced in very small amounts (15.000 litres per year for the whole region) about 40 minutes West of Lisbon. A lot of things can be said when it comes to justify why they are so unique: The Ramisco & Malvasia de Colares grapes for a start, that can only be found here (with some experimentations led in the Northern part of the region); The fact that vines are ungr

How to Start a Bodega from the Scratch? with Thyge from Bodega Frontio

​ Some of ye might be thinking about starting their own vineyard, putting your hands in the bucket to produce your own wines from your own grapes! If starting from the scratch scares you, we've met a guy who did just that! Thyge Benned Jensen started Bodega Frontio in the DO Arribes (Spain) a couple of years ago, we asked him a few questions on how he made his career change and why. MEET THE MAKER: You are Thyge (pronounce “Ti-ewe”), locally known as the “Crazy Dane”, yo

During our visit of the Arribes del Duero, we were lucky to stay at Charlotte Allen's place for a week and to share some of the vineyard & cellar work with her. Passionate, hardworking & a fantastic wine producer, we decided to ask her a few questions to share her vision with you. 1. MEET THE MAKER: So, you are Charlotte Allen, a British citizen locally known as “Carlota la Francesa” (Carlota the Frenchwoman) and you make wine in Fermoselle, on the border between Spain & Port 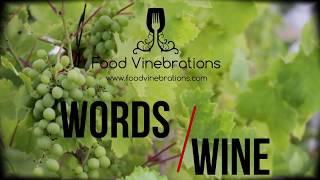 Words on Wine Ep.1: Mayte Calvo on the Red Varietals of Rioja

During our visit of the fantastic wine region that is Rioja, we were lucky enough to step into the exclusive Bodega Baron de Ley, with its Historical monastery. Chief winemaker Mayte Calvo, who has been trained by legendary Gonzalo Rodriguez, took the time to show us the differences between some of the grape varietals of Rioja. Within the DO regulations, Tempranillo is the most important grape in the blend (in volume), however the others bring their own character to the final

Part 3: Aromas From the Winemakers

Now that we’ve seen the important role played by Nature and the luck of the year, let’s take a look at the other important element in the quality of wine: the people behind it. Around the world, women and men are working very hard to make sure that from the field to the bottle, the potential of their land will be expressed at its best. Whether their job is to grow good grapes, or to harvest them, or to turn them into wine, or to age and bottle the wine or a little bit of all

Farm to Fork 2018 - The adventures of Food Vinebrations!